APPSPGHAN Council and Committee had the honor to present the Lifetime Achievement Award to Distinguished Professor Mei-Hwei Chang and Emeritus Professor Geoffrey Cleghorn during the Opening Ceremony of the 15th Congress of APPSPGHAN which was held on October 13, 2022 in Kota Kinabalu, Malaysia.

This marks the second time such an honor has been awarded to an active member of APPSPGHAN for substantial contributions to the field of pediatric gastroenterology, hepatology, and nutrition, as well as outstanding contributions to APPSPGHAN. 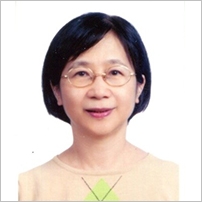 421 peer-reviewed original articles, 54 review articles in peer-reviewed journals or chapters in books, 14 editorials or letters to the editor, and book editorship 2 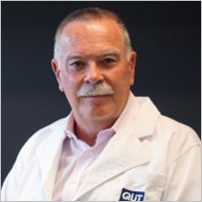 He is a graduate of The University of Queensland Medical School in Brisbane, Australia and undertook postgraduate training in paediatric gastroenterology at the Hospital for Sick Children in Toronto Canada. Following his training he entered academic practice within The University of Queensland where he ultimately became the Director of Research at the School of Medicine and the Deputy Head of School. He was the Foundation Director of the Institute for Biomedical Innovation for the Centre for Children’s Health Research at Queensland University of Technology in Brisbane.

Professor Cleghorn has published more than 350 scientific articles and book chapters and is an invited lecturer and public speaker on a number of infant related issues including gastroenterology, perinatal and paediatric nutrition. His research interests include the use of energy expenditure and body composition analysis in a number of disease states including chronic liver disease, cystic fibrosis, and general nutritional rehabilitation. He has been the recipient of a number of research grants from national and international granting bodies including the Australian Research Council, the National Health & Medical Research Council from Australia and the National Institutes of Health from the USA.

Professor Cleghorn has over 3 decades’ experience as an active clinician in the discipline within Australia and has been instrumental in communicating and facilitating research collaborations across the breadth of paediatrics. He has developed an extensive network of associations throughout Asia Pacific and is a frequent, invited visitor to countries throughout the region. Professor Cleghorn was formally appointed to the Academic Teaching Staff of the Department of Child Health, University of Indonesia as a visiting Professor, and has been involved in several multinational trials in S.E. Asia. These collaborations have seen a number of trainees travel to Brisbane to further their paediatric gastrointestinal and nutritional studies with him and his colleagues.

He has been involved in many of the historical and seminal advances in paediatric liver transplantation including the world's first successful living related donor liver transplant and the development of the liver cut down technique now universally known as the "Brisbane Technique". Research from the Queensland Liver Transplant Service has highlighted the importance of nutrition in these patients and again is acknowledged internationally.

In addition, he has served as the: